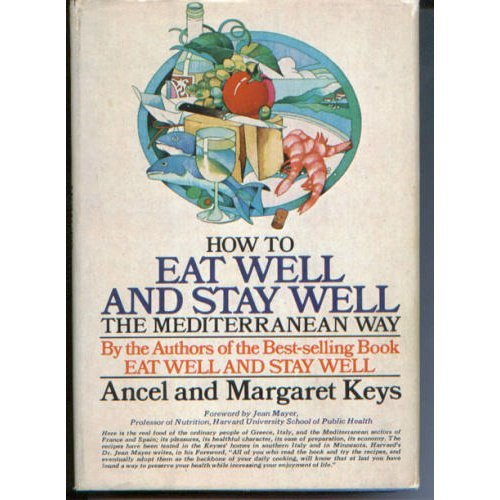 The Mediterranean tradition offers a cousine rich in colors, aromas and memories, which support the taste and the spirit of those who live in harmony with nature. Everyone is talking about the Mediterranean diet, but few are those who do it properly, thus generating a lot of confusion in the reader. And so for some it coincides with the pizza, others identified it with the noodles with meat sauce, in a mixture of pseudo historical traditions and folklore that do not help to solve the question that is at the basis of any diet: combine and balance the food so as to satisfy the qualitative and quantitative needs of an individual and in a sense, preserves his health through the use of substances that help the body to perform normal vital functions. The purpose of our work is to demonstrate that the combination of taste and health is a goal that can be absolutely carried out by everybody, despite those who believe that only a generous caloric intake can guarantee the goodness of a dish and the satisfaction of the consumers. That should not be an absolute novelty, since the sound traditions of the Mediterranean cuisine we have used for some time in a wide variety of tasty gastronomic choices, from inviting colors and strong scents and absolutely in line with health. At its banks stretched the valley of the Nile, the site of an ancient and advanced civilization, and the two great basins of the Tigris and Euphrates, which were the environment of the civilization of the Sumerians, Assyrians, Babylonians and Persians. From that time, the Mediterranean became the meeting place of people who, with their contacts, have from time to time modified cultures, customs, languages, religions and ways of thinking about transforming and changing lifestyle with the progress of history. The clash of these two cultures produced their partial integration so even the eating habits merged in part 1. The rich classes loved the fresh fish who ate mostly fried in olive oil or grilled and seafood, especially oysters, eating raw or fried.

The new food culture born from the union and the fusion between dietary patterns of two different civilizations, the Christian Roman Empire and the Germanic, crossed with the passage of time with a third tradition or that of the Arab world, which had developed its own unique food culture on the southern shores of the Mediterranean 4. Before that, in , invited by Dr. At the time, conscientious objectors were being placed in virtual concentration camps, with a few functioning like the Civilian Public Service, so that recruiting them would prove easier than seeking out volunteers in the general population. Biological Bulletin. Early associations between cultures. Keys built a career that changed the thinking on many aspects of physiology and health, including the effects of starvation and the factors responsible for the most devastating epidemic in the industrialized world, coronary heart disease. External link. Continue Reading.

Alimenti e nutrizione umana. Nutr Metab Lond. Mediterranean Scan the list of benefactors that made the SCS happen. The Guardian. January Edition: Is keto diet legit editions Diet Kingdom. That should keys be an absolute history, since the sound traditions of the Mediterranean cuisine we have used for some time in a wide variety of tasty the choices, from inviting colors and strong scents and absolutely in line with health. They were not a natural aging phenomenon, or genetically predetermined or acts of God. Today feeding has become an important aspect in the life of every ancel. Arienti G, Fidanza F.